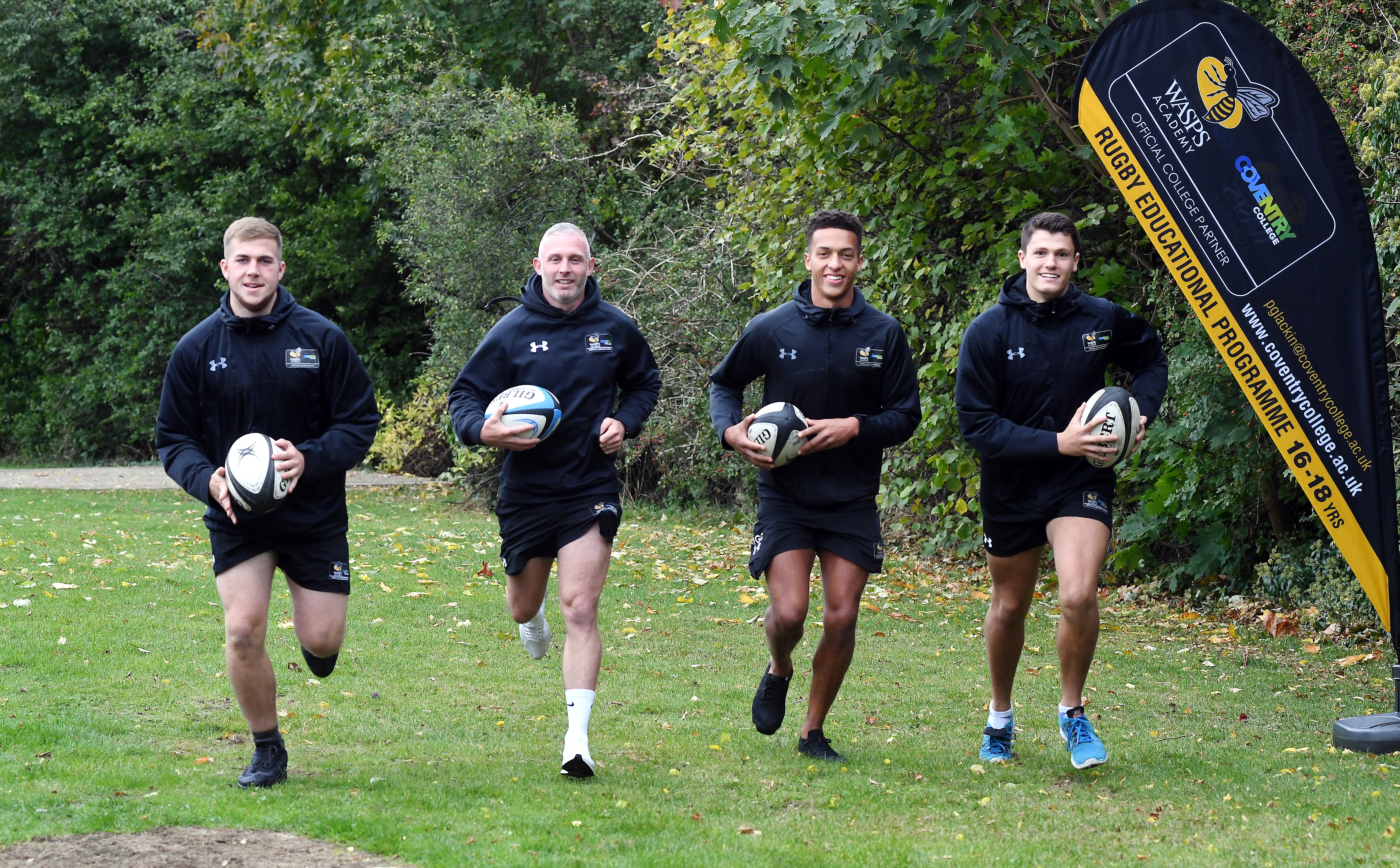 And the trio have earned themselves a spot in the Club’s youth system following six-week trials.

All three players will be a part of the 2018/19 Wasps Junior Academy squad where Under 17s and 18s train together.

Pete Glackin, Head of Rugby at Coventry College, said: “It is a fantastic achievement for the lads, who are all really focused, talented and hard-working.

“We are particularly happy to see Jamal and Jack English being selected recently in the Player Development Group (PDG) Academy squad for the season ahead.

“We are particularly pleased to see Jamal earn his place in the PDG U18s squad after we referred him directly from our education programme to the Academy. It demonstrates that the programme is moving in the right direction and we are continually developing the players in our second season in partnership together with the Club.

“Jamal has a fantastic attitude towards working hard on his game, he has developed his technical skills and we feel he’s going to have a great future in the game.

“Jack English is an intelligent player and has robust physical style while Jack Coldrick has played some really good rugby so far for the Academy programme and is developing each week.

“All three show just how much you can achieve with dedication to this sport and we believe they all have a big future.”

Coventry College is the official College Partner of Wasps Academy, with the two teaming up to offer a bespoke educational programme which provides learners of 16 to 18 years-of-age with a platform to prepare themselves for a professional rugby career.

The programme, which was launched last year, allows budding players to combine their sporting development with academic studies at Coventry College’s RFU-accredited Henley Campus, getting them set up for a career either as a player, or in their chosen industry.

It also allows players to keep up with their academic studies and obtain qualifications in their chosen academic study programme at the college.

Wasps Academy Manager Jon Pendlebury said: “This is great not only for both Jamal and both Jacks, but for all of the players on the programme, Pete and his staff.

“Their passion for supporting rugby development alongside academic study post-16 is something that we need to keep building on in our region.”

For more information on the programme visit www.coventrycollege.ac.uk