Economic optimism continues in to 2019 despite Brexit concerns 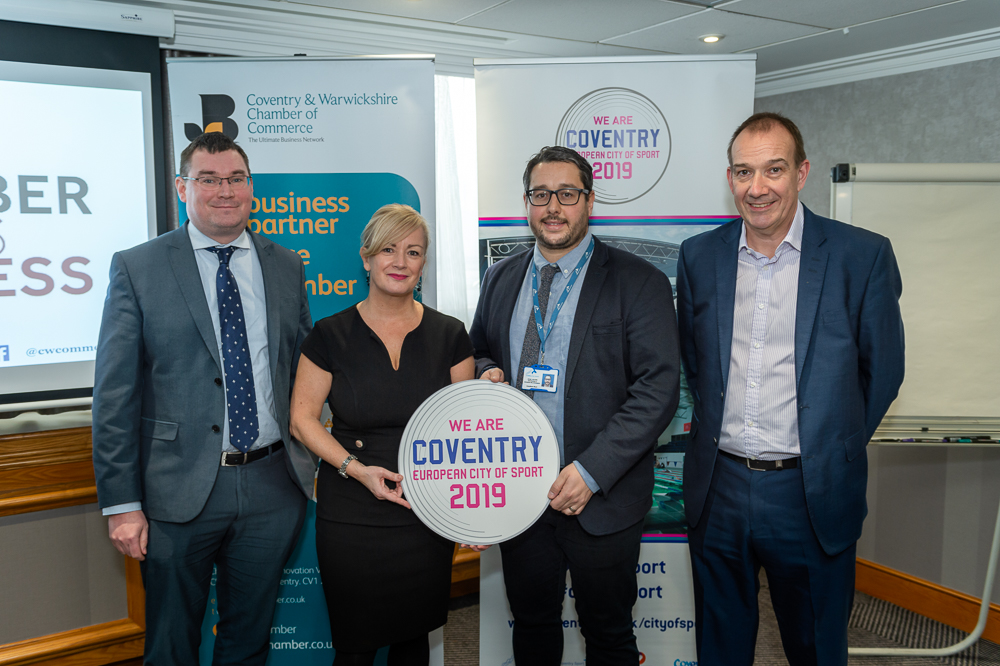 The new event, which will deliver the latest business insight to firms across the region on a quarterly basis, heard from Dave Ayton-Hill, the Economy and Group Skills Manager at Warwickshire County Council.

He reflected on the latest Quarterly Economic Survey (QES) data before the event heard from Jonathan Hunt, of Coventry City Council, on what European City of Sport means to the area in terms of both well-being and economically.

Doug White, of the European Corporate Games – which comes to the region in August, spoke of the positive economic impact it would have on the city and county.

Dave Ayton-Hill said the potential economic storm clouds on the horizon in 2019 had subdued confidence slightly but that the majority of firms in both manufacturing and services were positive about the future.

He said: “Since the recession a decade ago, Coventry and Warwickshire has outperformed the rest of the UK when it comes to economic growth.

“Many might say that is all because of the Jaguar Land Rover effect, but even when we strip that away from the numbers, the region has still seen strong growth.

“The forecasts for global growth are weaker for several reasons. There is a slowdown in China, the automotive sector is suffering from the diesel crisis and Brexit is going to have an impact.

“So we cannot be complacent but all the data coming out of businesses in Coventry and Warwickshire suggests it is stronger than most other regions to deal with the fall-out.”

Sport, leisure and culture will play a key role in the region’s economic growth in the coming years as Jonathan Hunt revealed £100 million of sport and leisure facilities are being opened in Coventry during 2019.

That will be followed by UK City of Culture in 2021 and the Commonwealth Games in Birmingham in 2022.

Chris Nagle, events and marketing manager at the Chamber, said: “Chamber Means Business is a new format for an event that we have introduced for 2019.

“It’s a chance for businesses to network but also hear the latest insights into the economy and developments in the region.

“We had a great mix of speakers who all gave a very positive message about Coventry and Warwickshire.”

The 2019 Q1 Quarterly Economic Survey launches on Monday 4th February 2019 - to receive notifications of each QES, sign up here: http://eepurl.com/b-Kc1D