A new podcast will reveal the story behind some of the region’s leading business figures.

The Chamber Talks Business podcast is set to be launched on February 21 and will feature in-depth interviews of people from a variety of sectors, finding out about their business success, what drives them and discovering any tips to running profitable ventures. 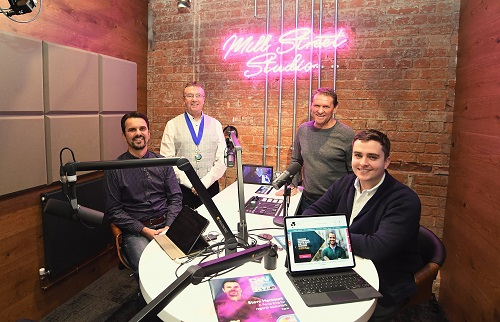 The pod is a new initiative of the Coventry and Warwickshire Chamber of Commerce – and its head of policy Sean Rose is the man firing the questions.

Sean said the idea was to present a more rounded view of leading lights in the local business community.

He said: “The Chamber has a high media profile and we often quote leading members on a variety of topics, but they are all issue or business-led.

“All those people have forged successful careers here in Coventry and Warwickshire and we thought it would bring a higher level of insight if we were able to really explore what makes them tick, and how they have achieved their business success.

“Podcasts are the ideal way to do that and allow a far more informal – and often productive – interview setting. I have really enjoyed the first couple we have recorded and hopefully people will find them as interesting to listen to.”

Chamber Talks Business is recorded at 1 Mill Street’s state-of-the-art studio in Leamington, which plays host to Wasps, Warwickshire Cricket Club and the Cycling GK, which features Watford’s Leamington-born goalkeeper Ben Foster and now has more than a million subscribers.

Nigel Shanahan, who founded 1 Mill Street with his wife Dessie, said: “We are delighted that the Chamber, which has been the voice of business for more than a century, has recorded its podcasts from our studio.

“Everyone has people they admire and look up to in business, and hopefully the podcast will give some insight into what makes business leaders tick, and hopefully inspire people in their careers.”

The first business figure to be interviewed is Steve Harcourt, director of Prime Accountants Group. His interview will be released on February 21 and can he heard on Apple Podcasts, Spotify or can be found on the Chambers Website.